As we enter critical days in the Brexit negotiations, British in Europe have sent a letter to the Prime Minister to reminding him of his promises made to the 1.3 million Brits living in Europe and how statements by UK Government's ministers are being listened to carefully around the EU. 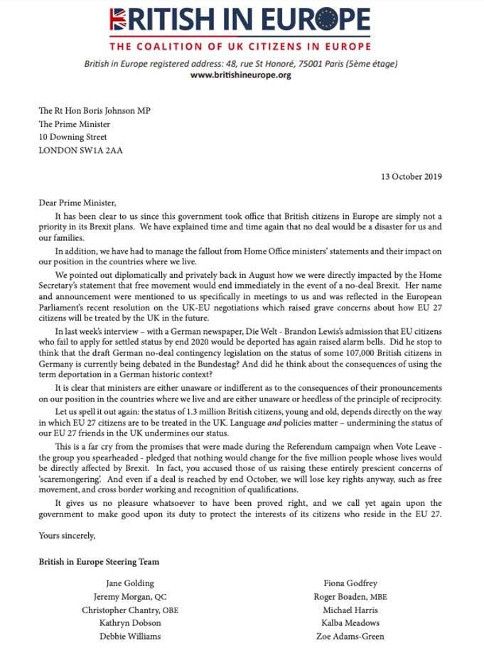 These citizens' fear of the ‘consequences’ of the British government’s announcements have been reported by Jon Stone, Europe Correspondent at in The Indepenant -"Brexit: Boris Johnson’s hard line on immigrants risks ‘retaliatory deportations’ for UK citizens in Europe "

On Wednesday 3 July 2019, Fiona Godfrey, representing us in Luxembourg, was one of the five representatives from British in Europe to give evidence to the House of Commons Select Committee on Exiting the EU headed by Hilary Benn MP.

The writen evidence provided to the committee can be downloaded here: File 16 not found (getFileFromId)

The transcript of the oral evidence can be downloaded here: File 17 not found (getFileFromId) 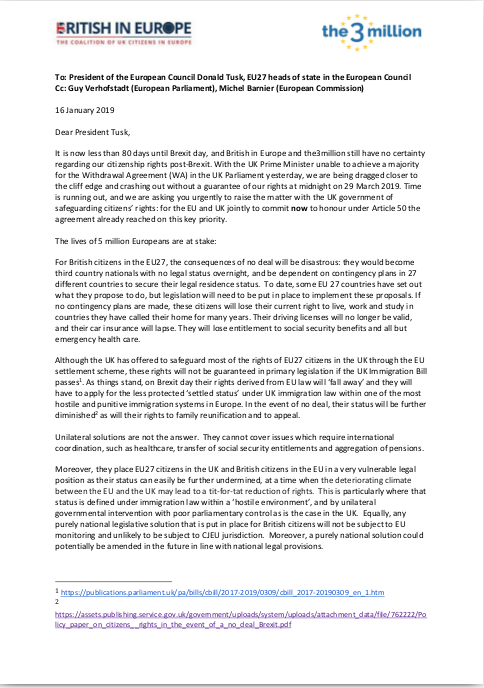 Where does the December agreement leave me?

Letter to EU Heads of State on citizens’ rights 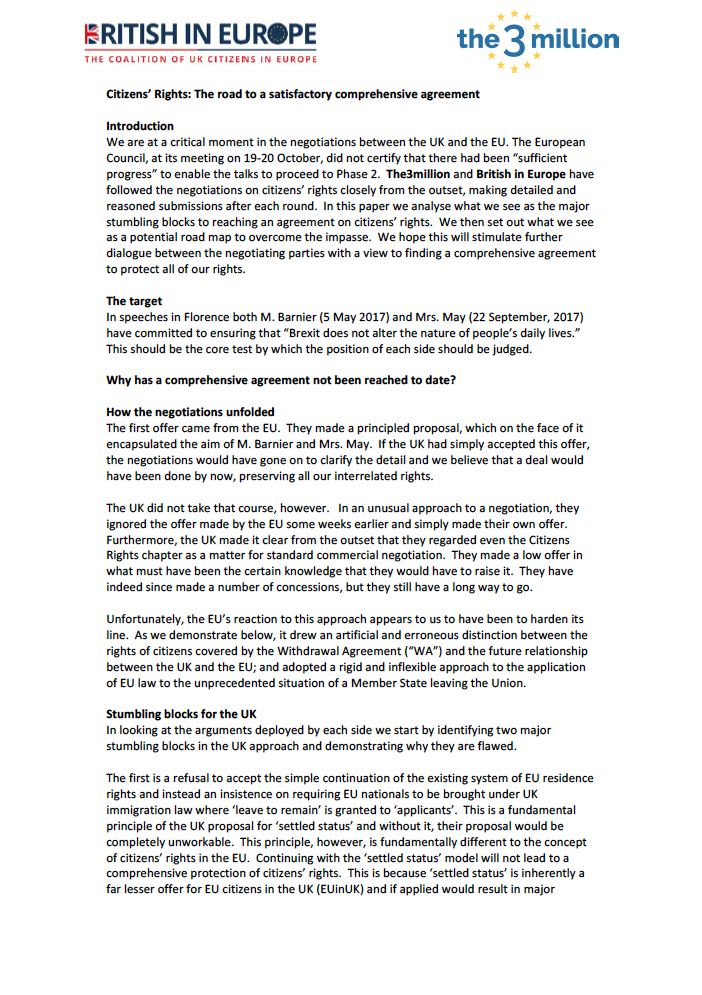 Citizens’ Rights in the Event of a No-Deal

British in Europe and the 3million responses 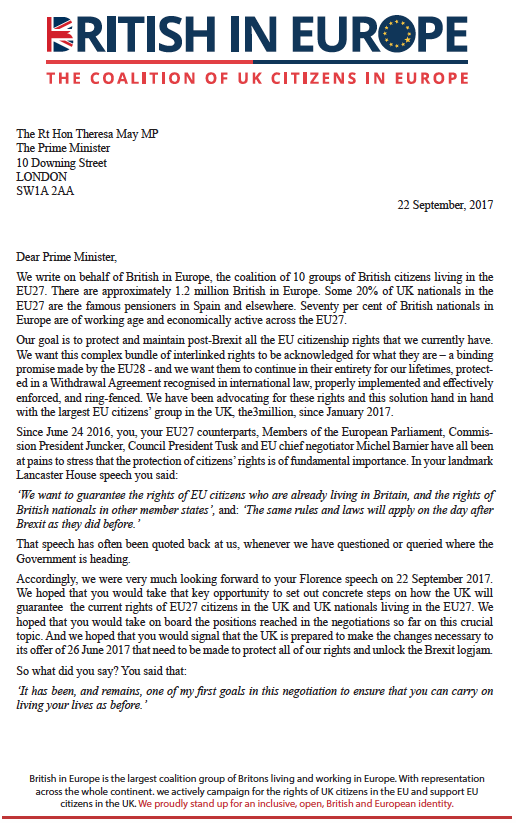